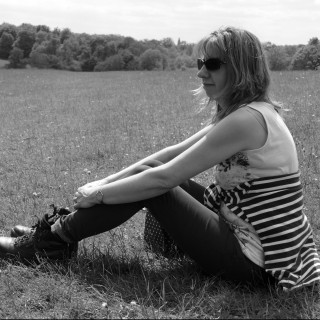 This is the second part of my reflections on my Rome Retreat, this one focuses more on RE.

Firstly, it struck me in Rome that there is an explicit entwining of society and religion. Like Thailand (see a previous blog!!), the religious is part of the everyday. As Revd. Canon Richard Watson ( one of our retreat leaders, @RichardFWatson) put it whilst we sipped Limoncello next to the Pantheon (!), religion is respected, expected and connected. The expression of religion is respected by people. This might be one reason why priests could openly engage with people on the streets and invite people to pray. It is also expected, so it is not unusual to see expressions of faith. It is not seen as something that you just do in private, there are public expressions of faith everywhere. In many ways there is no division between the sacred and secular. People express their beliefs through the material i.e. through ritual, symbolism, music, art and so on. Lastly, people feel connected to the church, there is a strong sense of a living tradition. This unites people and provides a strong sense of belonging to a community. In RE, we need to enable children and young people to gain some understanding of how in many places in the world religion is not ‘inside a box’ or a ‘private thing’. 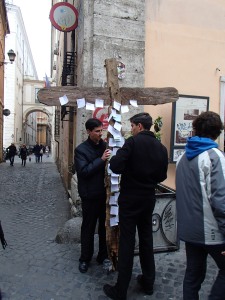 Secondly, Rome reminded me of the diversity of expression within one Christian tradition. Even within the Roman Catholic tradition itself we saw a huge range of different types of church practice. We witnessed the pilgrimage of many as part of the Holy Year, the contemporary worship of young priests out on the streets, mass being sung and said, confession being offered in many languages, candles being lit, prayers being written on post it notes… in RE I think we sometimes give a rather bland view of the expression of Christian faith. We need to show the colour and diversity of different traditions much more ( and not just in Christianity). 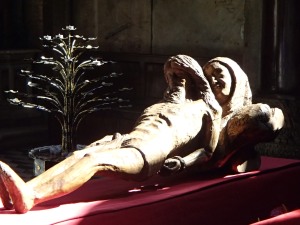 Thirdly, my time in Rome made me think about ‘the missing aspects’ of the usual RE curriculum, particularly in terms of Christianity. Some of the most interesting (and often moving) aspects of the retreat for me were exploring the persecution of the early church, the martyrdom of many of the saints and the way in which pagan traditions stood alongside Christian ones in the 1st Century. The visit to the scavi ( beneath St Peter’s Basilica) was probably one of the highlights in relation to this. I wonder sometimes if we avoid some of the most powerful narratives in RE… perhaps it is time to reintroduce a bit more early church history….? 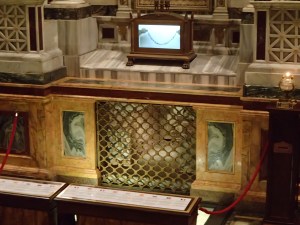 I’m an independent Religious Education Consultant. I work mainly in the Eastern Region for the Diocese of Norwich, and also for Culham St Gabriel’s Trust managing their TeachRE course. The views here are my own, and do not represent any of the organisations I work for. View all posts by kathrynfenlodge